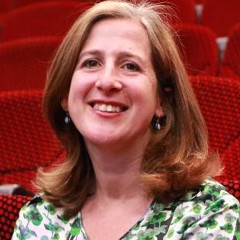 Natasha Freidus is a social entrepreneur with two decades of experience applying human centered design for social good and a long-standing commitment to refugee and migration related issues. She founded NeedsList after witnessing the chaos of crisis response firsthand during the Syrian refugee crisis in 2015 and knowing there had to be a better way.

What was your motive to create NeedsList and when it was created?
NeedsList was created after the 2015 refugee crisis in Europe to use technology to solve social problems. We wanted to do tangible work, helping to manage the needs of refugees through donations, direct aid and investing in local economic growth.

What are you trying to accomplish?
One of the main things NeedsList is working to achieve is to efficiently create a way in which we as the refugee task force, together with partner organizations can support people in the midst of conflict. People can have a direct pipeline and make a choice as to how they can contribute and assist during a time of conflict, natural disaster, facing humanitarian challenges, by helping communities in crisis, using direct local resources.

How can the AAWE Community Refugee Task Force support NeedsList?
There are many ways in which the AAWE Refugee Task Force can support Needslist.  I know that currently AAWE members have been working with the Compassion Without Borders organization and have been engaged in helping.
Another great way is by facilitating connections with companies that would like to contribute via donations of supplies, assisting by giving funds, and connecting us with people who are actively in contact with donors.

It is important to know that NeedsList is still raising funds as a startup, and perhaps the Task Force can connect NeedsList to individuals that can impact our investing. AAWE members and their connections are invited to invest directly or simply refer us.

How do you think the Task Force can promote community engagement in Paris, as it relates to refugees?
One of the ways in which the refugee task force can ensure that communities are engaged in Paris is by helping NeedsList build connections with other people and organizations in the area. Additionally, it will be important for the Task Force to spread the word and enhance NeedsList’s name and recognition.

What would you like to see happen as related to refugees and other migrants?
In relation to refugees, we consider it a priority to have more humane policies in place. I believe Europe can do a much better job by accepting and receiving more refugees, if we review the Dublin agreements. Often people are sent back to their home countries, causing them to re-enter the harmful situations that they attempted to escape.  Europe must create refugee-friendly-policies in order to live up to standards of basic human rights.

I believe that as Americans living in France we have an extra sensitivity because we know what it feels like to be away from home. As a foreigner in another country, moreover as an organization with a voice, we can advocate on behalf of refugees and migrants.

NeedsList has already made a significant impact. Currently its members have met over 35,000 needs in ten countries. In Paris, over 130 individuals have purchased over 400 sleeping bags, 80 jackets, 30 tents, hats, gloves, and other essentials for homeless asylum seekers and migrants.

Images of Refugees in Paris 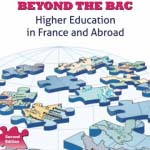 Available Now! New 2020 edition of Beyond the Bac – Higher Education in...
Scroll to top